Benchmarks released yesterday show that the integrated Vega graphics are best in class and really blow anything that Intel currently has out of the water. For 720p gaming on high settings or 1080p gaming on low to medium the Ryzen APU’s provide more than playable performance and is almost identical to using a discrete nVidia 1030 GT at lesser cost.

These processors are going to be ideal as a base for a budget gaming rig – strong CPU performance and good graphics performance with the ability to add a discrete graphics card if (and when) we get back to discrete cards being sensible prices (unlike the 2.5 x normal prices that cards are right now.)

You also have the option here to move to any of the Ryzen processors in the future should you need more performance without having to change motherboards or ram.

It will be interesting to see what Intel can come up with now that they are working on some chips that are going to have AMD graphics integrated.

Ultimately these AMD Ryzen APU’s provide strong CPU performance and good GPU performance at a low price and would be great in any build for general use and light gaming.

There has been a huge amount of information in the press over the last week regarding 2 new vulnerabilities that security researchers have found.

The two vulnerabilities take advantage of a built in CPU function called “speculative execution” which is part of the CPU hardware. These vulnerabilities can be found in CPU’s in desktops, laptops, tablets, phones and servers/cloud computing systems.

Breakdown of Meltdown and Spectre

Spectre (Variant 1) – Affects ALL CPU’s and will require operating system and software updates to mitigate. AMD have stated that they do not expect updates to have a performance penalty.

Spectre (Variant 2) – Affects Intel CPU’s and will require microcode updates (which usually take the form of bios or firmware updates.) These are expected to have a performance penalty. We are unsure as to what Intel CPU’s will or won’t get these updates though it is likely that older Intel processors will not be updated. AMD believe that due to differences in CPU architecture they are not affected by this.

Meltdown – Affects Intel CPU’s (possibly as far back as 1995.) This is being resolved with operating system updates and the performance hit here can be anything from 2-3% to 30% + depending on workload. Servers are expected to be hit hardest here. AMD CPU’s are unaffected here.

While Intel try and mitigate this by sorting updates and getting their PR machine into overdrive we have already seen three lawsuits being filed against Intel from various US states. This could be very bad for Intel and likewise very good for AMD.

We have also seen Intel’s stock tanking while AMD’s has gone up.

What can you do to mitigate Meltdown and Spectre

Microsoft issues Windows Updates to address this on 3rd January 2018.

Both Asus and ASRock have stated that they will be releasing new bios for boards working backwards from most recent models to early models. We could be looking at months before most boards receive microcode updates.

Looks like we all need to keep a look out for bios updates for our systems in the near future. Following on from late last year’s launch of Kaby Lake comes Intel’s latest range of 14nm processors going by the codename of Coffee Lake. Based on the same LGA 1151 socket as Skylake and Kaby Lake but requiring a new 300 series chipset motherboard (Coffee Lake will not work on 100 and 200 series boards.)

This range of processors marks Intel upping the number of CPU cores from previous generations. Core i3 moves to 4 cores, Core i5 to 6 cores and i7 to 6 cores and 12 threads.

This range of processor was not expected until early 2018 but was rushed out in response to the success of AMD’s Ryzen processors. Unfortunately this means that it is pretty much impossible to buy any of these processors today. Tiny amounts of stock were available on launch day and were sold out almost instantly with retailers being told not to expect stock until the end of October or early November.

Reviews appear to be very positive towards the 8700K and the 8400. The 8700K is the new king of gaming systems and it is looking like the 8400 will be the value gaming king. However if you are already running an i7 or i5 there is little benefit to upgrading unless you need the boost in productivity software as well as gaming.

So what is Microsoft Windows 10 S?

In May 2017 Microsoft launched a new version of Windows 10 under the moniker of Windows 10 S. According to Microsoft, this new version is “a specific configuration of Windows 10 Pro that offers a familiar, productive Windows experience that’s streamlined for security and performance. By exclusively using apps in the Windows Store and ensuring that you browse safely with Microsoft Edge, Windows 10 S keeps you running fast and secure day in and day out.”

From what I have seen and read, 10 S contains most of what you are used to in Windows 10 Home/Pro with some rather major changes.

So what does Windows 10 S do differently?

10 S is capable of running games but only those in the store. Games purchased via Steam, Battlenet, Origin, Uplay, Gog and others will not work.

10 S uses Edge as the default internet browser. The default browser cannot be changed and Chrome/Firefox/Opera cannot be installed.

Microsoft states that 10 S was “inspired by students and teachers and it’s the best Windows ever for schools” and “Windows 10 S is ideal for people who have everything they need in the Windows Store.”

Ok. So 10 S is no use to me for work or home use. None of my customers would have use of 10 S. I can see it being useful as a locked down system in schools and education but Microsoft will have a fight getting into education as Chrome OS is so popular there as it is easily manageable and runs well on very cheap systems.

I do hope that 10 S stays on educational systems only and Microsoft doesn’t put it on all cheaper tablets and laptops. We don’t want or need another Windows RT situation. I know that currently if you buy a system with 10 S on it you can upgrade to Pro for free for a limited time.

However we don’t want to get into the situation where someone buys a machine with 10 S and has to buy the upgrade to Pro as this is expensive.

Well that is a good question. It is of no use to me at all.

However I have seen some user experiences appear across the web recently including this article by The Guardian and a series of articles about 10 S from Paul Thurrott over at Thurrott.com. We have all started our PC’s up at one time or another to get some work done to find that Windows has chosen this time to complete installing some updates. Or we just want to shut our PC down at the end of the day to find a bunch of updates installing before shutting down. Sigh.

Many of us will also have experienced (or read) about updates installing and breaking things. My most recent run in with a bad update had me dealing with over 20 systems that could no longer connect to the internet.

However, the recent ransomwares teach us a valuable lesson. The Wanncry worm was not able to access PC’s that had been kept up to date with their Windows Updates and had a much larger percentage of the world’s PC’s been up to date this worm would have had a much smaller impact.

Be smart. Let Windows Update do its thing. As long as you don’t fall behind it really isn’t much of an inconvenience and the benefits outweigh the downside. Delay updates if you must but remember to change the pause option back and manually check for updates. 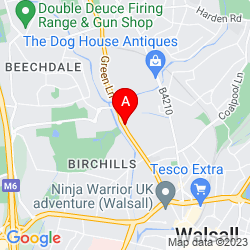